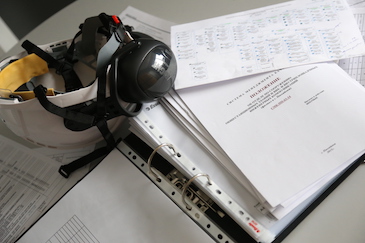 The project-specific contract with AS MARU EHITUS covers the construction of two three-storey site offices, and a first-aid facility. The contract includes both the design and construction works. The construction works will begin in early 2017 and their intended end date is late autumn 2017. The total floor area of the buildings in this project is ca. 8,500 m2.

The offices will be used by the chief contractor Titan-2 and the power plant supplier RAOS Project Oy. Each building will contain work spaces for 200 people and meeting rooms.

Titan-2: Mihail Tchitcherin, PR Manager, +358 40 515 1137, This email address is being protected from spambots. You need JavaScript enabled to view it.

AS MARU EHITUS is part of the Estonian construction concern AS MARU, which fulfils turnkey projects. The company has operated in Estonia and other European countries since 2000.

UAB Profileksas is one of Lithuania’s largest construction companies, which specialises in module building.