The Delegation from Finnish Twin Cities of Pyhäjoki, Kalajoki, and Raahe Arrived in Sosnovy Bor 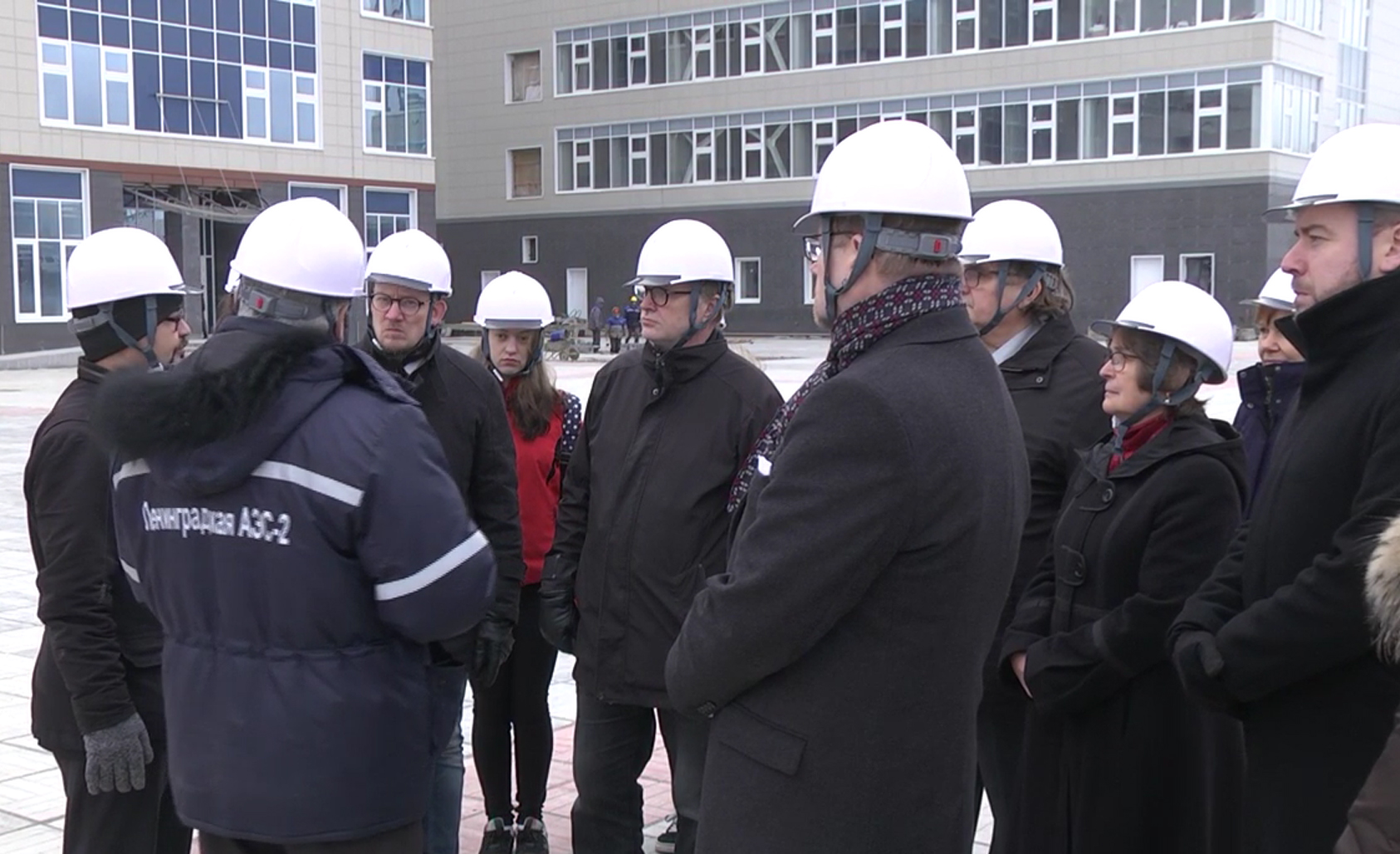 The twinning arrangement between Sosnovy Bor and the three Finnish cities was signed in August. It resulted from the cooperation in the construction of Hanhikivi-1 NPP. The nuclear power plant is being built under the Russian project identical to LNPP under construction.  The main construction contractor is JSC CONCERN TITAN-2.

The Finnish delegation includes heads of municipal departments for culture and education, development and international affairs experts, directors of educational institutions, as well as students from Pyhäjoki.

The first facility to visit was the new power unit of the Leningrad nuclear power plant. The Finnish guests saw the main power plant facilities here and learned about the progress in the preparation for the reactor first criticality. In the turbine building, the delegation examined the turboset and found out about its operation principles.

The cooperation with the Finnish twin cities will be expanded in several areas: education, culture, entrepreneurship. The Finnish experts are going to have a closer look at these aspects of the city’s life during their visit.