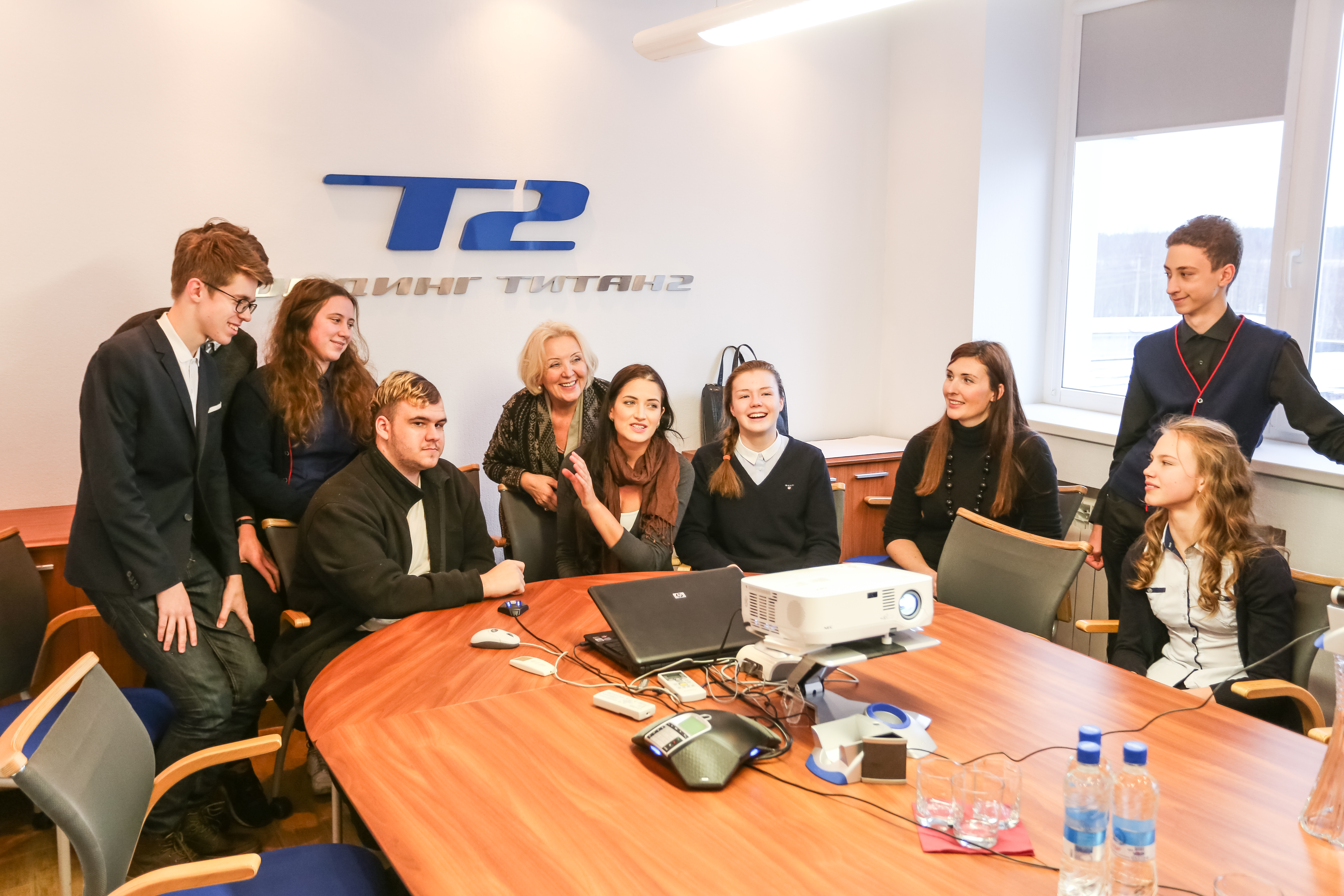 High school students from Sosnovy Bor school №9 and the pupils of the school of the Finnish town Pyhäjoki talked via video conference. The meeting was held in the office of JSC "CONCERN TITAN-2".

For more than a year the company helps to establish friendly relations between Sosnovy Bor and a small Finnish town of Pyhäjoki, where the Russian construction project of the new nuclear power plant "Hanhikivi 1" is being undertaken. "CONCERN TITAN-2" is the main contractor for its construction. Thanks to the support of the company in 2016, the Russian and Finnish students from the nuclear cities were not only communicating via video, but also were granted the opportunity to  visit each other.

The first teleconference was held in the office of the holding company at the end of last year. As soon as in January the Sosnovy Bor high school students went to visit their Finnish peers. Within three days they attended classes in the school in Pyhäjoki. And, of course, visited the construction site of «Hanhikivi 1» NPP.

A return visit of Finnish students to Sosnovy Bor took place in May. They saw the local sights, went on tour in St. Petersburg, saw the construction of the power units of the Leningrad nuclear power plant.

There turned out to be enough time to make friends, and since then the children have been communicating  via social networks. They have got a new plan to arrange joint distance learning in mathematics in English as well as new meetings.