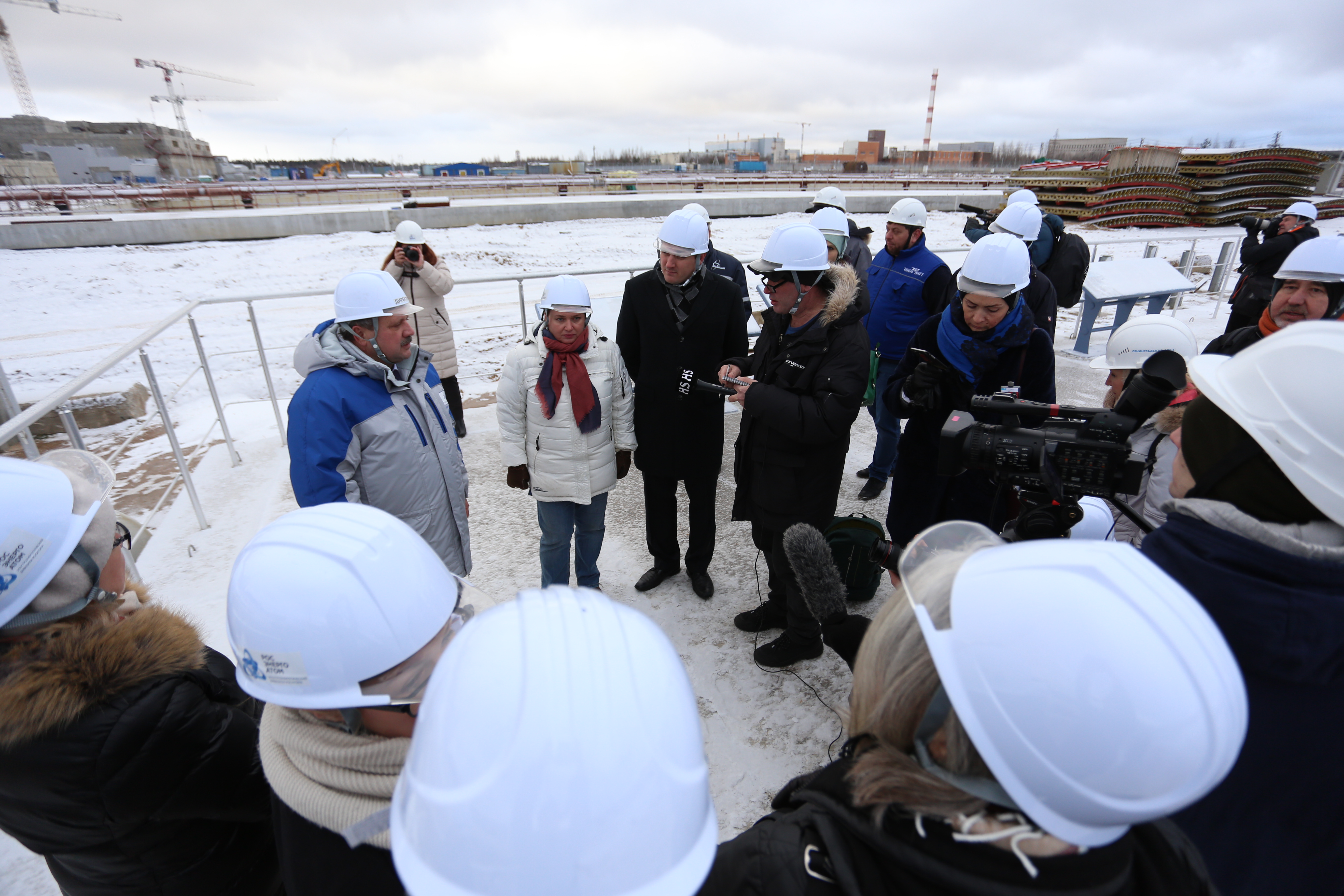 In the framework of the international project of the state Corporation "Rosatom" for construction of nuclear power plants "Hanhikivi 1" Sosnovy Bor was visited by journalists from major Finnish media companies "Helsingin Sanomat", "Yle Moscow", "Raahen Seutu Alma Media", as well as by the representatives of press services of the companies-partners "Project RAOS Oy" and "Fennovoima".

At the construction site of new power units of the Leningrad NPP the guests met with the Director of the nuclear power station Vladimir Pereguda. The journalists asked the head of the company about the safety of the project, the timing of its commissioning, the storage of spent nuclear fuel.

During the tour of the construction site, the media representatives saw evaporative cooling towers, a 330 kV switchgear, visited the turbine hall in the turbine building. Experts of LNPP, and General contractor JSC "CONCERN TITAN-2" answered the questions regarding the project and the progress of the construction work asked by the guests. Then in the office of holding "TITAN-2" journalists discussed some issues of building of the nuclear power plant "Hanhikivi 1" in Northern Finland. JSC "CONCERN TITAN-2" is the main participant in this project.

Executive Director of JSC "CONCERN TITAN-2" Maxim Lokhman made a presentation of the Company for the guests. Director of the program for the construction of  "Hanhikivi 1" NPP, Alexander Tupitsyn, told about the work that is under way at the site of the Finnish nuclear power station.

The journalists were interested in the cooperation between the Russian contractor and company "Fennovoima", and if the work thoroughly conforms to the principles of the strict Finnish laws. Currently this cooperation is being successfully developed and a constructive dialogue has established between the Russian and Finnish colleagues. Works on site of the "Hanhikivi 1" NPP are becoming large-scale: dredging is ongoing, and the first of auxiliary facilities are already being erected.