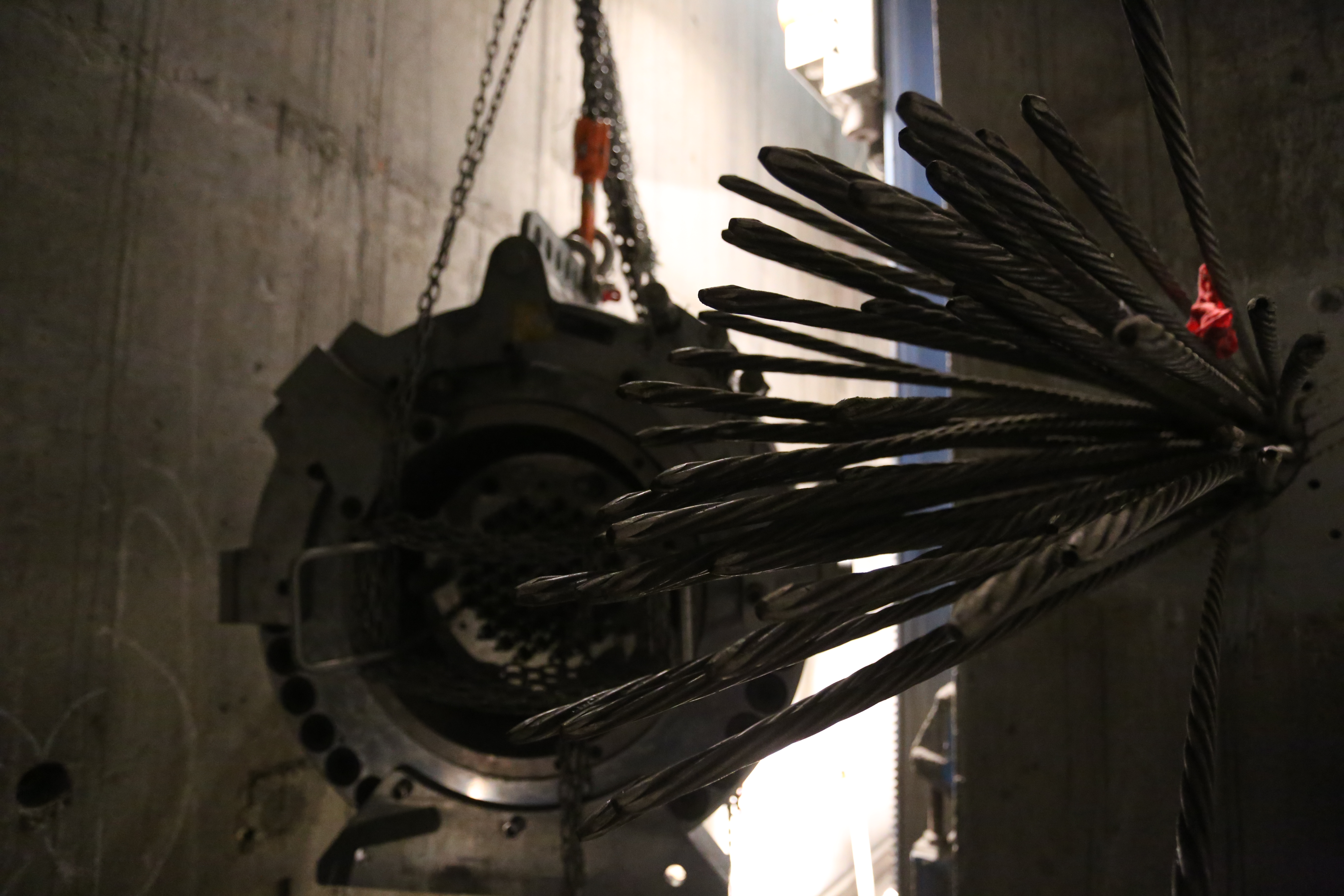 Installation and tensioning of internal containment tendon strands is under way in the reactor building of the first power unit of LNPP under construction. The strands are laid into special openings called tendon sheathing and go around the inner containment in vertical and horizontal directions.

The tendon strand system is part of an overall safety system of the reactor building. The system is called “unbonded tensioning system”. Should there be an excessive pressure inside the inner containment sealed volume during any potential emergency situation, the pressure will be taken not only by the concrete containment, but also by the system of tendons. This will allow to equalize the pressure inside the inner containment sealed volume.

Diameter of each strand is 15.7 mm. Maximum load it can withstand is 30 tons. Total load for a tendon (a bundle of strands) is 1200 tons. One tendon consists of 55 strands. Average length of horizontal tendon is 1408 meters, whereas the length of the vertical one varies from 140 to 180 meters depending on its trajectory.

There are 50 vertical channels. All of them are already tensioned and fastened with lock-off wedges. Now specialists are laying down and tensioning the horizontal strands. They use special jacks for 55 strands.

The tendon sheathing in which the tendons are laid were manufactured during the construction of the reactor inner containment. They were installed progressively as the grouting of the containment was advanced, the duct form proper being assembled with pipes.

Tendon sheathing are assembled either of steel  shaped pipes, or of corrugated steel pipes. The rigid pipe has a diameter of 211 millimeters, the corrugated: 204 mm.