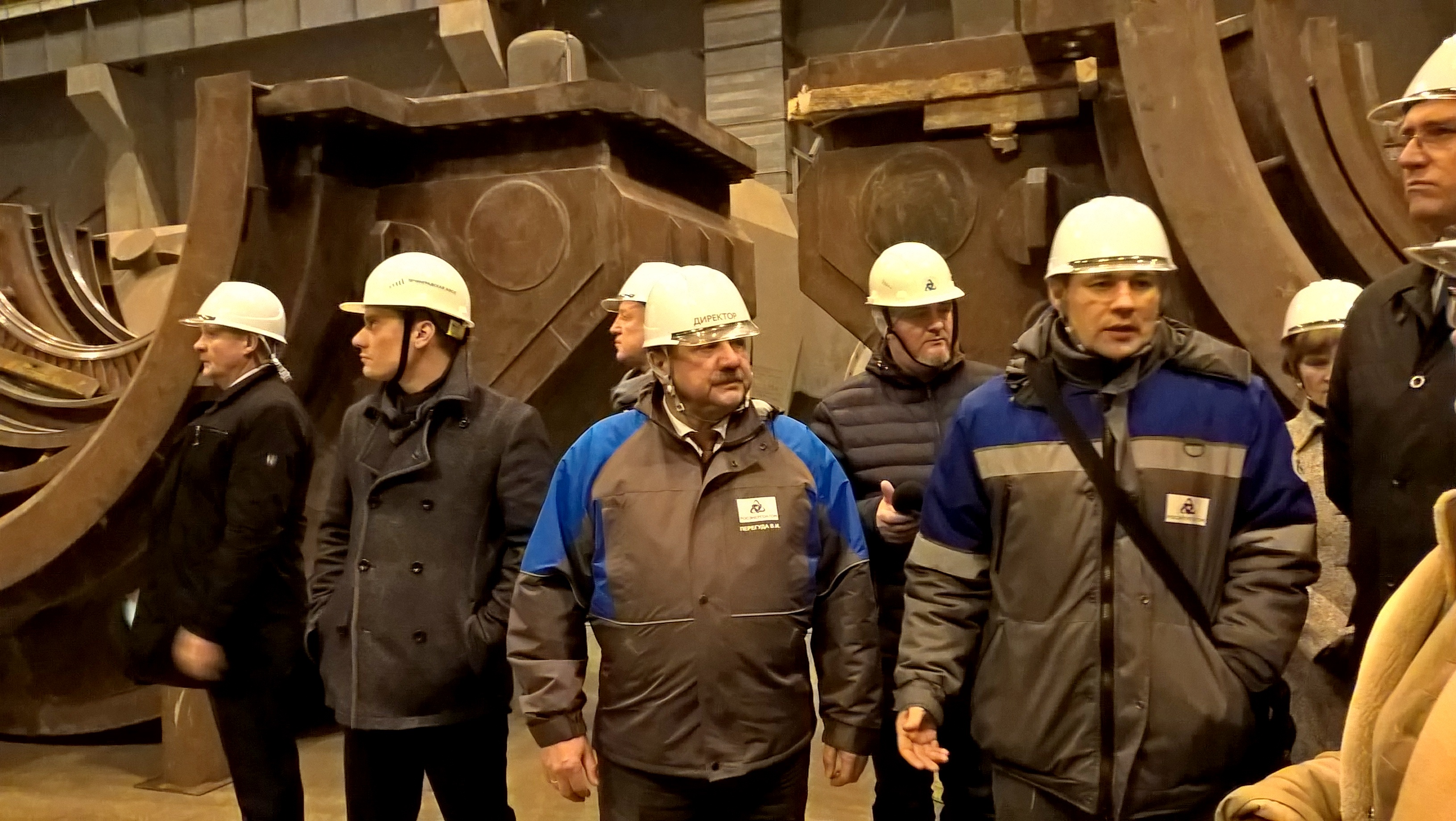 The site for construction of new power units at the Leningrad NPP was visited by the Leningrad regional government representatives.

Officials from relevant committees observed the construction progress and conducted a regular meeting of the operative headquarters to facilitate work co-ordination at this most important regional power project.

The operative headquarters administering the issues of plant construction was created under the Leningrad region government at the very beginning of the LNPP erection. Regular meetings are held in St. Petersburg. This time such scheduled follow-up meeting took place at the project construction site. The officials already visited the site a little over a year ago. Therefore, they were fully able to appreciate the scale and pace of construction.

During the visit the participants of the meeting were shown the observation site, the turbine hall in turbine building, and a 330 kV switchgear. The LNPP’s director Mr. Vladimir Pereguda told about the deadline of the first power unit commissioning. The relevant act is to be signed in spring 2018. The next year will be wholly devoted to the preparation of the physical start-up.

The work is in progress according to the master schedule. This was confirmed by the general contractor’s representative, Deputy Director for Operations of JSC “CONCDERN TITAN-2”  Branch in Sosnovy Bor, Mr. Sergey Bulgakov.

Main tasks facing the specialists at present include provision of auxiliary supply,  primary circuit hydraulic tests, idle run of the reactor circulation pumps and assembly of the turbine.

In the years to come, the new units of Leningrad nuclear power plant will make it possible to fully supply the region with its own generated power. The power will be supplied to the region as well as to St. Petersburg, besides, it will be used also to prevent power shortage in the adjacent regions and in Kaliningrad region.