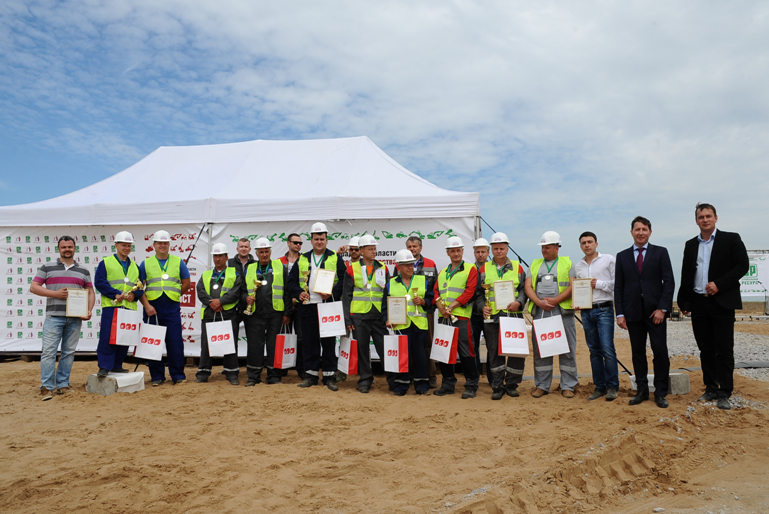 A contest ground has been organized in a pit "Manushkino" in Koltushi suburb. Ten people took part in the contest competing for two nominations - "The Best Excavator Operator" and "The Best Loader Operator".

The theoretical part of the contest included questions on occupational safety and operation of excavating machines. The practical part included execution of three tasks for each nomination. Excavator operators have to dig a ditch, stack pipes in a pyramid and close a matchbox by an excavator’s shovel bucket. Loader operators have to load sand precisely, carry a bucket with water and make a drawing by the loader.

Apart from the main part of the contest program Vladimir Kazakov, an excavator operator of JSC UAT has shown his masterly control of excavator, managing to pass a thread through the eye of a needle by the shovel bucket of the excavator. Judges have awarded the first place to him in the nomination "The Best Excavator Operator".