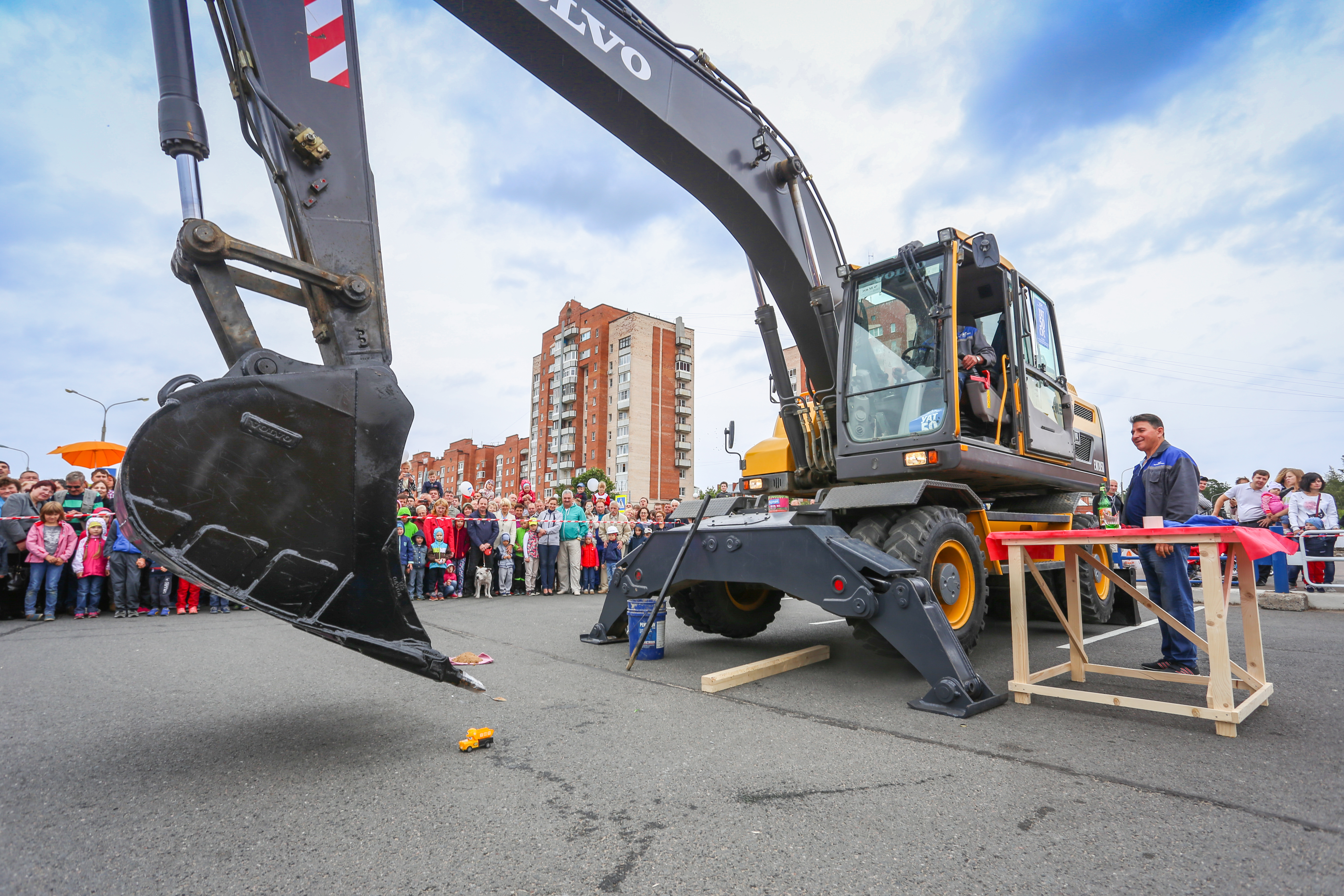 Two subsidiaries of the holding - "Northern Construction Department" and "Automotive Transport Department" celebrated 50-year anniversary this year. Specially for this anniversary a photo exhibition about history of the companies at the nuclear construction sites was opened in the hall of Sosnovoborsk city district administration.

The whole day construction vehicles of "the Automotive Transport Department" were on display in the main city square. Dump trucks, cranes, an excavator, a concrete pump and a concrete mixer, the technical support vehicle, a man lift and other vehicles were exhibited there. Anyone could examine unique mechanisms, learn their technical parameters, take a driver’s seat and get photographed for memory.

An employee of the company, the best excavator operator of the Leningrad Region of 2016, Vladimir Kazakov arranged a show for the audience. He performed several tricks by a shovel bucket of the excavator – he poured a drink in a glass, filled a dumping body of a toy truck with sand, etc. And he also showed excavator capabilities even a support on the shovel bucket.

A contest of chalk painting on asphalt on construction topics was organized for the youngest kids at the festivity. Families and groups of friendly could compete, doing huge puzzles with the image of a construction site of the Leningrad nuclear power plant.

Through all the day representatives of the youth movement of the holding and volunteers from student's construction groups worked at interactive platforms.

A concert of famous singers Maxim Leonidov, Nyusha and performance of Radio Rekord DJs was a music gift for all citizens at the festivity. Colourful fireworks completed the festivity program at the end of the day.